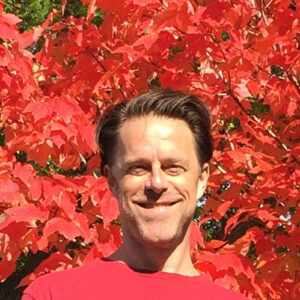 Praised as a master teacher “who makes his classes challenging for the experienced, yet understandable for the beginner,” Kevin enjoys working with people from all walks of life. Much of Kevin’s teaching is done one-on-one in private sessions, designing home practice in the time-honored tradition of adapting yoga for the individual. He is also well known for being a mentor teacher to people who are yoga teachers, yoga therapists, and dedicated students. His Yoga Therapy & Teaching practice is based in Minneapolis. Scott Gerson MD, Founder of the National Institute of Ayurvedic Medicine says “I refer patients to Kevin because I know he will approach people with sensitivity, intelligence, and expert guidance. Those whom I have referred to Kevin have been ecstatic about the work he has done with them. Since the beginning of our collaboration, Kevin Kortan has been an indispensable part of my patient care regimens.“

Kevin practices and teaches in the lineage of T. Krishnamacharya and TKV Desikachar, known as Viniyoga. Kevin is also the originator of Evolutionary YogaTM – an integrative and innovative approach that unites Yoga, Somatics, and Embodied Education. In addition to being C-IAYT: Certified as a Yoga Therapist by the International Association of Yoga Therapists, Kevin is a Movement Therapist and Educator, Yoga Teacher Trainer, Yoga Therapist Trainer, Mentor, Experiential Anatomy Teacher, Dance Teacher, and Chanting Teacher. Kevin graduated from YATNA – Yoga As Therapy North America – based in traditional yoga therapy (yoga cikitsā) in the Viniyoga lineage of T. Krishnamacharya and TKV Desikachar. The main faculty of this Yoga Therapist Training were Dolphi Wertenbaker, M.D., Chase Bossart, M.A., and Amy Wheeler, Ph.D.

Kevin is also a graduate of the American Viniyoga Institute, led by Gary Kraftsow, and completed the Viniyoga Foundations Program for Teaching & Yoga Therapy, 500 hours. Evolutionary YogaTM is particularly influenced by the work of Moshe Feldenkrais. Kevin graduated from the 2002 Manhattan Feldenkrais Professional Training Program and worked as a practitioner for over a decade. Kevin has trained to teach Yoga Nidra with Richard Miller. He also studied the in-depth courses Embodied Anatomy & Yoga, as well as Embodied Developmental Movement & Yoga offered by The School for Body-Mind Centering®.

During his career as a professional dancer, Kevin danced with several companies and toured internationally with the world-renowned Trisha Brown Dance Company. His teaching has brought him around the world to Europe, Asia, and across the United States. He has taught at many leading yoga studios, health clubs, dance festivals, and colleges. Kevin has been a teacher trainer in many 200 hr & 300 hr programs.  In 2016, he initiated a 1000 hour Yoga Therapist Training in Minneapolis. Kevin would like to extend deep gratitude to Dolphi Wertenbaker M.D.

Kevin was a boy soprano and in his late teens and early 20’s sang professionally before he focused on his professional dance career. In recent years, he has experienced great joy through his study and teaching of chanting: the veda-s, the yoga sūtra, and Chanting For The Love Of It. He has been composing his own chants and helps many people find freedom through their voice (despite what your choir teacher may have said about your voice!). He would like to thank his chant teachers Andrew Sugarman, Dolphi Wertenbaker M.D., Kalpana Shere-Wolfe, and Linda Spackman for their heartful guidance and transmission. One of his great loves is synchronizing movement and chanting through an approach he calls Mantra In Motion.  He is on faculty at The School of Voice Berlin. Kevin also independently teaches chanting in-person and online across the globe. 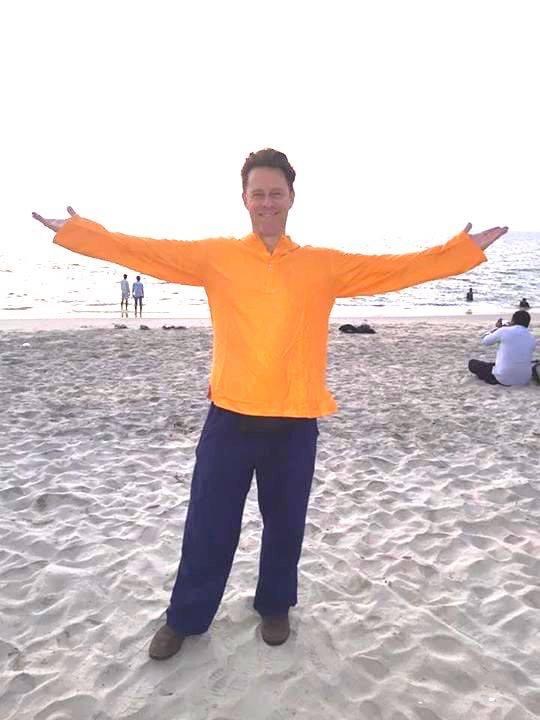